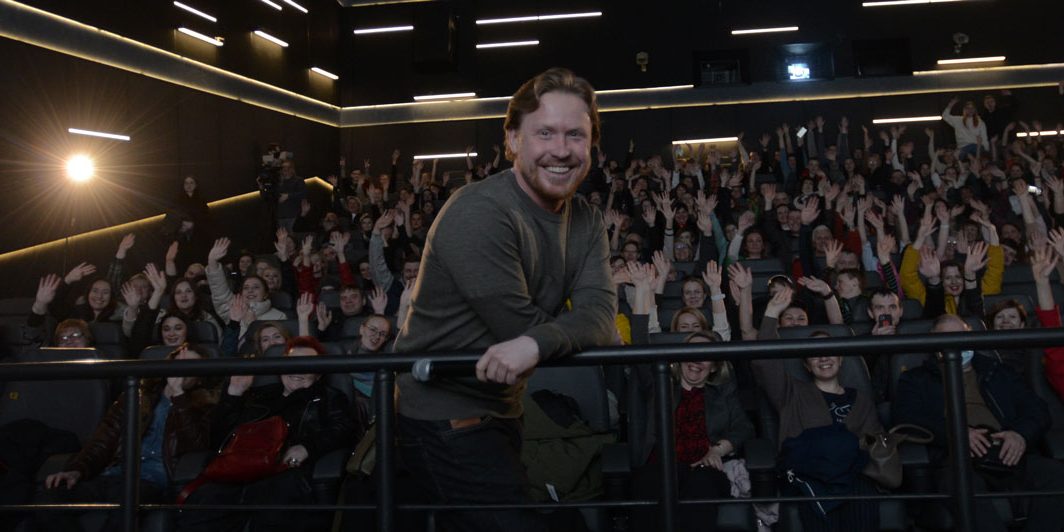 An international project Ethics and art for people with functional variations, successfully implemented in 2 countries during 2021/2022 with the support of the Swedish Institute.

As part of the project, 2 major events were held in Russia and Sweden.

Artists, educational and cultural institutions, associations in Russia and Sweden were involved.

The artists invited to participate in the exhibition show a wealth of variety that underlines the importance of making room for diversity in society. They work with a range of techniques such as painting, ceramics, animation and graphics.

Among other things, we encounter utopian landscapes where a dream-like plant kingdom has taken over, images from the age of chivalry that become an expression of finding comfort in creation, as well as a film about the liberating feeling of occasionally turning into a dog.

UNIVERSE – SERGEY BASALAEV, (premiere)
documentary, director Valentina Svensson
“I want to convey to people that other worlds exist! Neuro Science researchers have calculated that the number of neural connections in the brain exceeds the number of atoms in the universe. Each of us contains a miniature universe”, says the protagonist of the film “Universe – Sergey Basalaev”.

WELCOME to AUTLANDIA (premiere)
documentary Director Tamara Sushko
The film was made in Swedish lapland and tells about Dima, who was diagnosed with autism at an early age. Through a meeting with Dima and his family, we learn about the unique developmental opportunities of a child, even if he has such a diagnosis.

BEING A DOG.
Animation, director – Felix Swahn
Tim longs for love. He is a lonely man who struggles with alienation every day. Whenever Tim feels different from the others, he turns into a French Bulldog. Ginger, Tim’s friend, makes him feel like a human.
Felix Swahn was born in 1993 with autism. He started talking when he was five, but started drawing when he was two. Felix Swahn is a Swedish animator, director and illustrator based in Stockholm, born with Autism.
Felix has studied at Animation Academy and CG Spectrum. His film has so far been screened at 80 different film festivals and has won 26 awards.

An International Forum “Northern character: INCulture” in Murmansk on April 13-14 was a logical conclusion of the project in Russia.
Discussions and roundtables, film festival and workshops that were at the Kirov Palace of Culture with warmth, energy, care, where there were exhibitions with paintings by artists Ivan Galanichev and Sergey Basalaev and young artists with functional variations from Sweden.

14 films with the same theme were shown at the Film Festival.
The film festival’s Grand Prix was awarded to the film “Only I’m Normal”, directed by Anton Bogdanov, a comedy in which children with special needs act alongside the actors.
The winner of the film festival was the documentary film by the Swedish director Valentina Svensson “Universe – Sergey Basalaev”.
The main character of the film was born with a severe form of cerebral palsy, his body is paralyzed, but Sergei is a fighter, writer and talented artist.
The documentary film directed by Alexei Sizov “With the sky pulled down over the eyes” (12+), the studio of the Charitable Foundation “Anton Here Nearby” and Shangina Marina about the orchestra, from the participants with autism spectrum conditions, touched the audience with honesty, openness and modern style !
One of the meetings with a blind traveler was a shock to many!

Vladimir Vaskevich Inspiring the audience with ideas, charisma and humor, Vladimir runs a popular travel show “Wherever Eyes Don’t Look” about his travels to different countries and regions of Russia.
“The most incorrect term that we use very often is ‘people with disabilities’ and this forum has proven the opposite. The stone of unity has been laid. Ideas have been put forward. The parallels have crossed. And I think the project will continue. Regardless of politics, money or other obstacles. And I really want to write in more detail about each participant.